My favorite Greek period for art would have to be the Classical period. This is a span from 450-323 B.C. and said to be the “golden age” of Greek art (p.95). This period also has heavy influence on Western culture. What separates this art from the Archaic period is its turn towards naturalism. Sculptures of men became more realistic with more movement and definition in the muscles. There was also a shift form marble to bronze for large sculptures. The Athenian Acropolis which contains the Parthenon was also built during this period. What captured me most in this period were the sculptures and specifically the “wet drapery”. Looking at Nike Adjusting Her Sandal really captured my attention with how much movement and definition her cloth had. It is incredible that they were able to make something so hard (marble) look so soft and light. The Classical period really was defined by organic, natural objects and views of humanity. 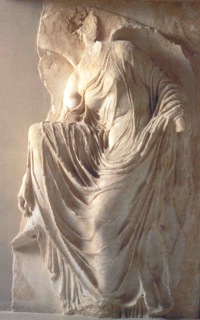 From the MET’s timeline I was able to find this sculpture of a family in marble. This stele was created in 360 B.C. and was made to depict the deceased for memory. All four of the figures look very life-like and even have curly, defined hair. I was also able to find a terracotta figure of a women although all that is left is her tunic. The flow and drapery are evident in this sculpture. 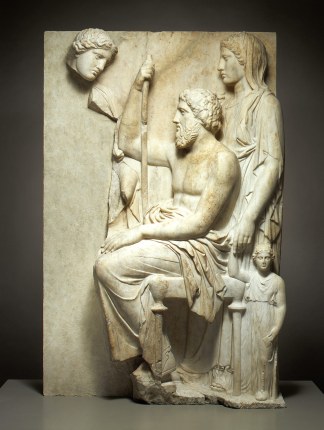 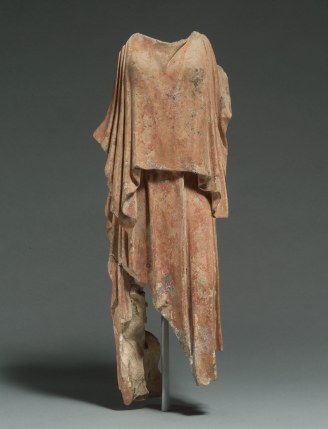 The Parthenon, Stonehenge, ziggurats, and the Pyramids all symbolize and show the spirituality of the people who built them. The Pyramids and ziggurats were built to honor the deceased because the builders and that culture talked about an afterlife. The Parthenon was built as a temple for the goddess Athena. All of these amazing works of architecture were built to show respect to some figure as well as to express and honor their spirituality. All of them were built with such care and precision to depict the importance of why they were created. The Parthenon was so precise that lines that appear horizontal, are actually curving because of the way the human eye views straight lines. It was also created with ornate, detailed columns that depict various Greek gods and stories in history. These structures were made to last and to show their respect. Over time, fewer structures were built. This could be because of a lack of spirituality or a lack of resources and time. 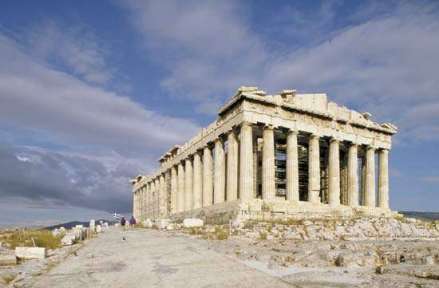 In America, our spiritual needs are a little different than that of Ancient Greece. I think America is a lot more secular and does not put as much of a priority on spirituality. Instead, we honor and respect our leaders rather than our gods. We depict our leaders on the money that we use and build monuments to the ones we think were the greatest such as the Abraham Lincoln Monument. When we do show our spiritually, we tend to do so in a less prominent, permanent, tangible way. We are less apt to build monuments and structures for anyone because we believe in an afterlife or a god. We do build churches and have grave stones, though. It is interesting how much the spiritual world was a part of the everyday life of the Ancient cultures. So quickly this has changed.